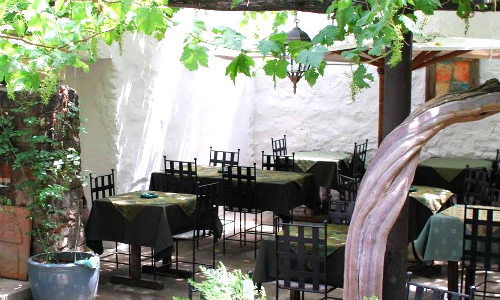 Dolmama began in 1998 as the dream of Jirair Avanian. He started the restaurant with two missions: to popularize and modernize Armenian cuisine. Armenia is one of the oldest countries in the world, and the food tradition is just as old. This means that the techniques and recipes have been passed down from generation to generation for thousands of years. So we decided we needed to shake things up. Our ancestors knew nothing of jalapeno peppers or mozzarella cheese, but we are sure if they did, they certainly would have used them in their cuisine. So, while many restaurants are fusions between different cultures, ours is a fusion between the old and the new.

Many things have changed in since 1998 when we opened. We have become the most respected restaurant in Armenia, having served dozens of world leaders and dignitaries. Now, we have expanded to Moscow where we can introduce Armenian food on the world stage. See you soon, and bari akhorzhak (bon apetit)!