The most famous people about Armenia - | Silk Road Armenia

If I am asked where the place is on the earth that one can come across many miracles, I would name Armenia. Involuntarily you are surprised in such a small place on the earth it is possible to meet such monuments and such people, who can be the ornaments and pride of the whole world. – Rockwell Kent-American painter, writer

If the scriptures are rightly understood it was in Armenia that Paradise was placed. But whatever may have been their destiny and it has been bitter whatever it may be in future, their country must ever be one of the most interesting on the globe. Armenian is the language to speak with God.  – George Gordon (Lord) Byron-English poet

Armenia-is a book, which was studied by the first people. – Osip Mandelstam Russian writer

In my memories Armenia will stay as a country of inexpressible beauty. – Marco Clemente-former Italian ambassador to Armenia

In general, much too little has been known about Armenia, even though, culturally speaking, Europe owes her a considerable debt. At the dawn of history, Armenia was one of the cradles of civilization”. Millennia before the Christian era, the economy, arts and popular traditions of Armenia had developed to such an extent that her culture stimulates Egypt, Greece and Rome both materially and spiritually. – Elisabeth Bauer-Austrian Armenologist

Armenia is the cradle of civilization, one of the leading and most developed states of the Ancient World.  – Franz Viktor Werfel Austrian-Bohemian novelist, playwright, and poet.

I think, that Yerevan which is built from volcanic tuff and is harmonic like a rose, is one of the most beautiful cities in the world. – Pablo Nerude-Chilean Noble Prize Winner in Literature 1971.

I bow before this higher majesty of sorrow. I take the crown of thorns from Israel’s head, and I place it upon Armenian’s – Israel Zangwill -English author of Jewish origin.

The Armenians should be in the centre of our attention and the attention of the whole world. And this is because of the superb culture, which was generated by Armenians for many centuries of independent existence and the exclusively rich literature, which is a luxurious contribution of Armenia to the treasury of humanity. Armenia represents one of the spiritual centres of all of humanity. – Valery Bryusov – Russian linguist

The nation, whose Christian faith is so old, the nation who did not turn away from Christ even after strong storms and cruellest persecutions, the nation whose history is almost a ceaseless suffering, certainly deserves not only our compassion but also our love. – Max Sax- Prince of Saxony

He was a very passionate man. He was an Armenian.  Anton Chekhov Russian author 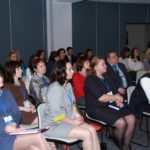