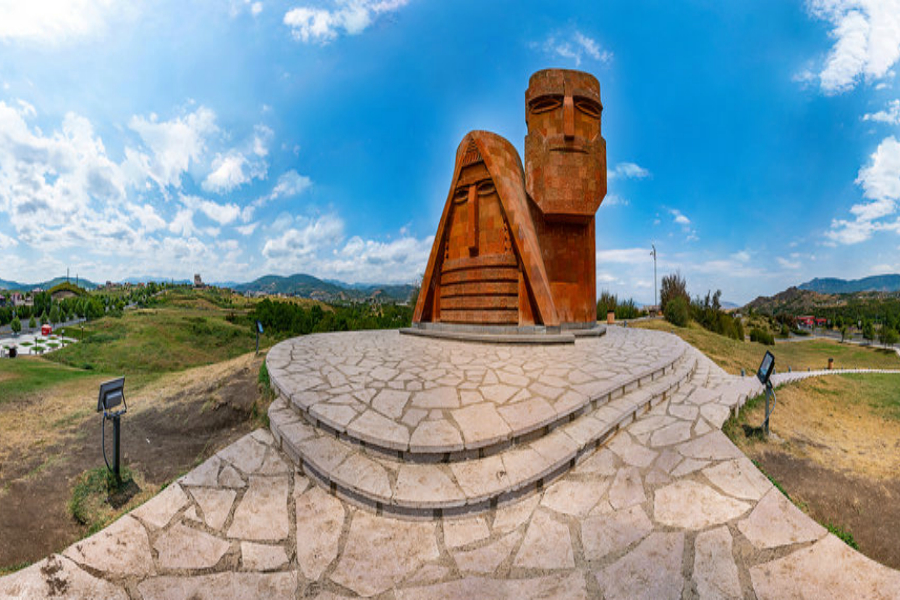 “We Are Our Mountains” is a large Armenian monument north of Stepanakert, the capital city of Artsakh.
The sculpture, completed in 1967 by Sargis Baghdasaryan, is widely regarded as a symbol of Armenian heritage of Artsakh. The monument is made from volcanic tufa, and depicts an old man and woman hewn from rock, representing the mountain people of Karabakh.
It is also known as “Tatik u Papik” in Eastern Armenian and “Mamig yev Babig” in Western Armenian, and it’s translated as “Grandma and Grandpa”. The sculpture is prominent in Artsakh’s coat of arms.