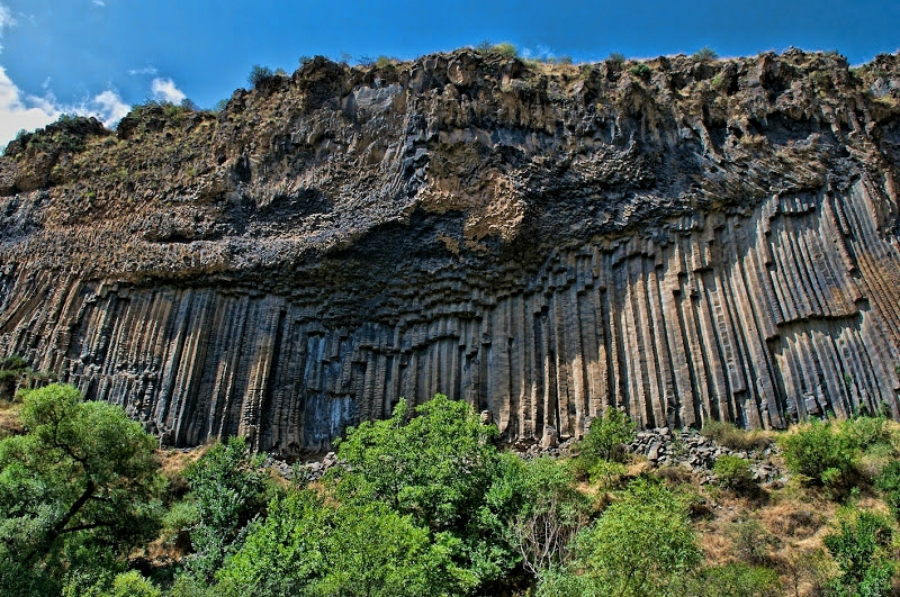 The Goght River in Armenia carves through this beautiful, eye-catching gorge, referred to as Garni Gorge and located next to a village with the same name. To get to the bottom of the gorge’s breathtaking vertical cliffs visitors must walk or take a car, as the local buses in the area do not make trips down there. The cliffs themselves are extremely beautiful, consisting mainly of well-preserved basalt columns. The orderly octagonal columns look almost man-made and are called the “Symphony of Stones” by locals.

On a prominent part of the gorge, an old temple, known as the Garni Temple, can be seen. The temple dates back to first century AD and has been fantastically preserved. It is believed to have been funded by Roman Emperor Nero and is perhaps the eastern-most Greco-Roman temple in the world. The temple was originally erected for the worship of the Greek gods although this changed after Armenia adopted Christianity in 301 AD. Along the gorge, one can also find an 11th century bridge built over what is today a small stream.