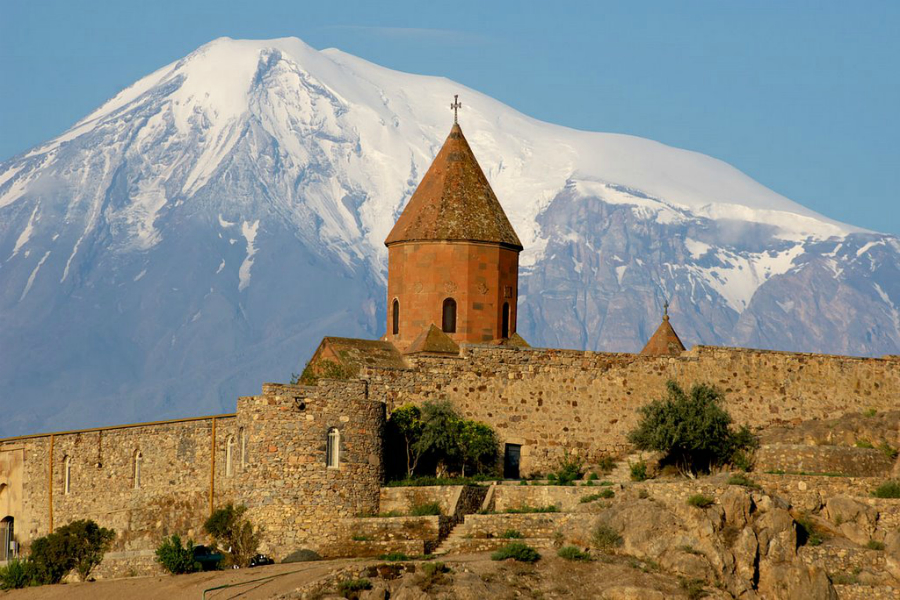 The walled monastic complex, which sits on a rocky outcrop above the river plan, opens the most magnificent view of Mount Ararat. The complex is a fine example of early Armenian ecclesiastic architecture. The monastery, which has been extensively restored, is well presented. The hill of Khor Virap and the territory adjoining it were the site of the important early Armenian capital city of ancient Artashat, built by King Artashes I, founder of the Artashesyan dynasty around 180 BC, can be found.
Khor Virap plays an integral role in the history of Armenia due to the legend of St. Gregory the Illuminator, the first Armenian Catholicos, who was imprisoned there for 13 years. During the reign of King Tiridates III the Great, Gregory the Illuminator was trying to spread Christianity in Armenia, which was not approved by the pagan ruler. Gregory refused to worship pagan Gods, thus, the king ordered his guards to tie the Christians’ hands and throw him into a deep well. King Tiridates left Gregory to die in the dark dungeon where he was imprisoned. He spent 13 years in that dark, damp and small place, but survived due to the kindness of a woman’s tender heart.