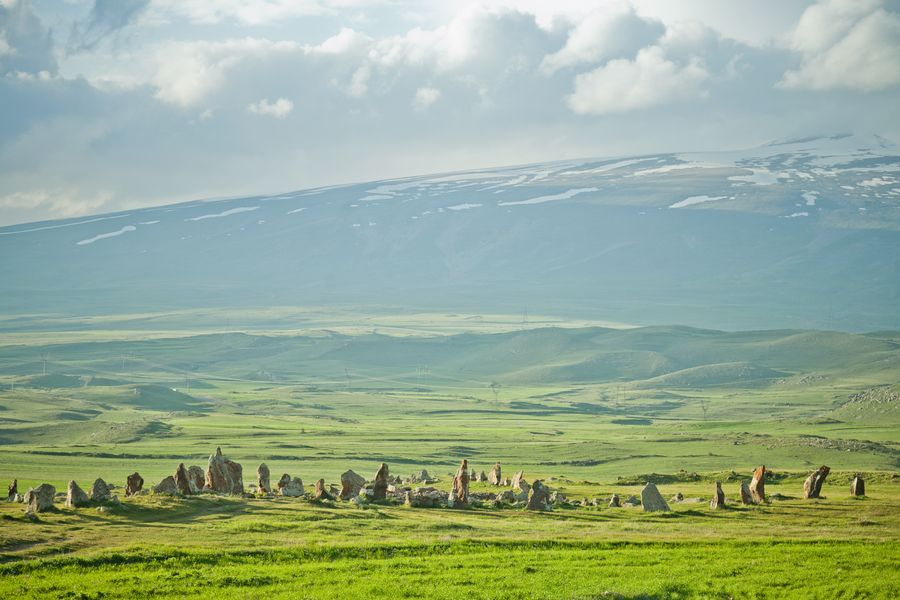 Qarahunge is a prehistoric archaeological site near the town of Sisian in Syunik Province of Armenia. It is also often represented as the “Armenian Stonehenge”. Armenian historian Stepanos Orbelian in his book History of Syunik (I-XII centuries) mentions that in Tsluk (Yevalakh) region of Armenia, near the town Syunik or Sisian, there was a village called “Carunge” which means “stone treasure” or “foundation stones” in Armenian. The name Qarahunge is interpreted as deriving from two Armenian words: “car” (or kar) (Armenian: քար) which means “stone” and “hunge” or “hoonch” (Armenian: հունչ) which means “sound”. Thus the name “Qarahunge” means “speaking stones”. This interpretation can b explained by the fact that the stones make whistling sounds on a windy day, presumably because of multiple holes bored into the stones at different angles in prehistoric times.