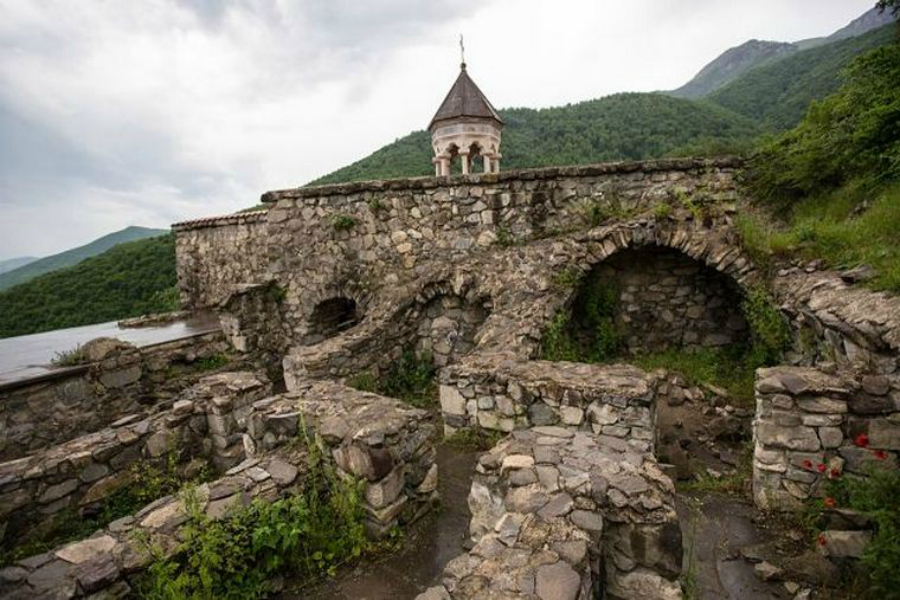 The fortress of Halidzor was built in the first half of 17th century and is located in Syunik Province: on a hill overlooking Voghji river. The name of the fortress derived from the settlements Hale and Halis though it’s also known as David Bek’s fortress due to his large influence on the history of the fortress.

Originally the structure was constructed as a convent but later it served as a fortress for the noble family of Melik Parsadanian. Later, in 18th century the well known Armenian military commander David Bek and Mkhitar Sparapet used the fortress as their main headquarters in Syunik in their fight against the Ottoman Empire and the Persians.

​The walls of the fortress take a quadrangle shape and contain a church and a chapel inside. The remains of the fortress include a terrace from the north to the east and a tower on the southwestern corner of the wall. The fortress has undergone restoration and reconstruction for over 4 years.