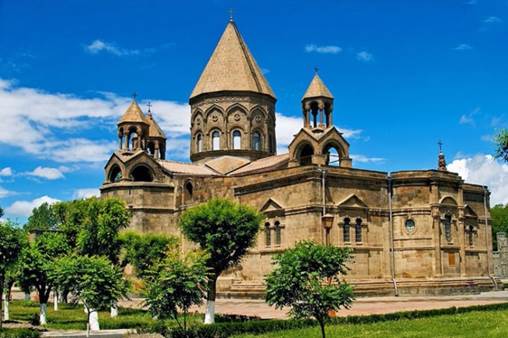 Mother Cathedral of Ejmiatsin was build nearly in 303, 2 years after Christianity was adopted as a state religion in Armenia. During the centuries the cathedral has been ruined for several times by different invaders, for instance by Persians (after 80 years of foundation), and it has been rebuilt for several times by different catholicoses. The final construction that we have today differs much from the temple built by Gregory the Enlightener. The temple that we have today is the result of final reconstruction in 1680s. In 2000 The Holy Cathedral of Ejmiatsin has been included in the list of UNESCO World Heritage. 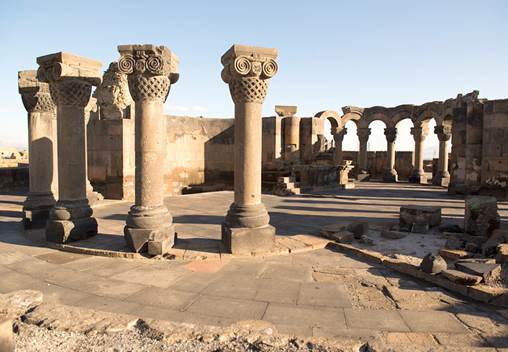 Zvartnots, a complex of structures erected in the middle of the 7th century near (Armavir district), is of extreme architectural value.According to Stepanos Taronatsi, an Armenian historian of the late 10th and early 11th centuries (Stepanos of Taron, known as Asoghik) Zvartnots lays in ruins since the tenth century: it has been ruined by Byzantines. The remnants of Zvartnots, even in ruins are majestic. There survived only the lower parts of the walls and individual fragments. In 2000 the ruins of Zvartnoc temple have been included in the list of UNESCO World Heritage. 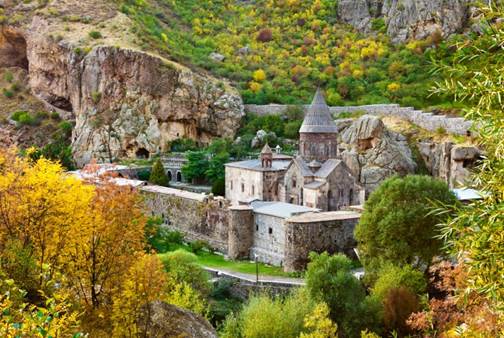 To north-east of Garni, higher up the gorge of the Azat River, there is a magnificent monument of medieval Armenian architecture – Geghard monastery (founded in 4 century). The monastery of Geghard contains a number of churches and tombs, most of them cut into the rock, which illustrate the very peak of Armenian medieval architecture. The complex of medieval buildings is set into a landscape of great natural beauty, surrounded by towering cliffs at the entrance to the Azat Valley. In 2000 the Monastery has been inscribed in the list of UNESCO World Heritage. 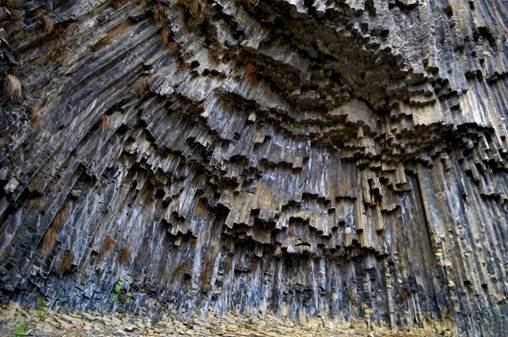 The volcanic basalt columns extend from the valley floor to the top of the gorge and are known as the “Symphony of Stones”.

Monasteries of Haghpat and Sanahin

These two Byzantine monasteries in Tumanian region from the period of prosperity during the Kiurikian dynasty (10th to 13th century) were important centres of education. The two monastic complexes represent the highest flowering of Armenian religious architecture the unique style of which developed from a blending of elements of Byzantine ecclesiastical architecture and the traditional vernacular architecture of the Caucasian region. The monasteries of Sanahin and Hgahpat were included in UNESCO World Heritage list in 1996.

Duduk and its music 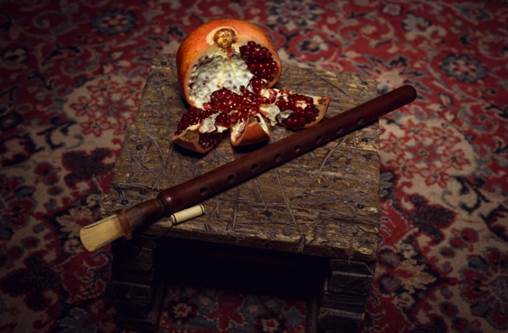 Duduk, the Armenian oboe, is a double-reed wind instrument characterized by a warm, soft, slightly nasal timbre. The roots of Armenian duduk music go back to the times of the Armenian king Tigran the Great (95-55 BC). It accompanies popular Armenian traditional songs and dances of the various regions and is played at different events. Duduk and its melody have been included in the UNESCO Intangible Heritage List in 2008 (originally proclaimed in 2005). 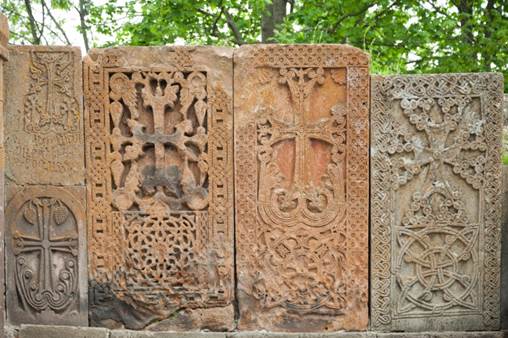 Khachkars are outdoor steles carved from stone by craftspeople in Armenia and communities in the Armenian diaspora. They act as a focal point for worship, as memorial stones and as relics facilitating communication between the secular and divine. Among more than 50,000 Khachkars in Armenia, each has its own pattern and don’t look like one another. Inscribed in 2010 (5.COM) in the Representative List of the Intangible Cultural Heritage of Humanity. 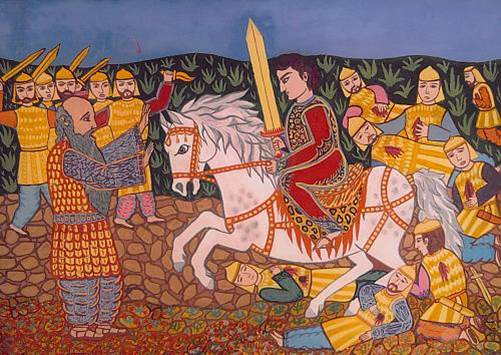 The Armenian epic Daredevils of Sassoun recounts the story of David of Sassoun, a defiant and self-reliant youth, who by the grace of God defends his homeland in an unequal duel against the evil. It is commonly cited as one of the most important works of Armenian folklore, functioning as an encyclopedia and repository of the entire range of knowledge about the heritage of Armenian people, their religion, mythology, philosophy, cosmology, customs and ethics. Inscribed in 2012 (7.COM) on the Representative List of the Intangible Cultural Heritage of Humanity 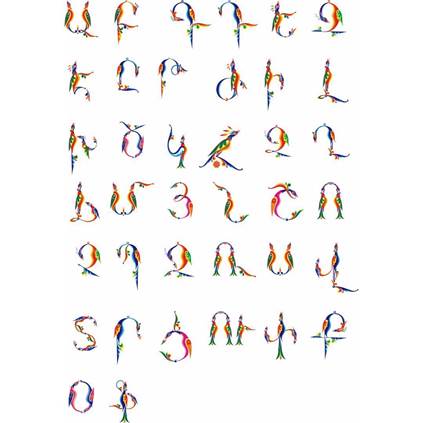 Armenian letter art and its cultural expressions constitute the centuries-old art of Armenian letters, Armenian scripts, the rich culture of decorating letters and its various uses. The element is based on the Armenian alphabet created in 405 AD by Mesrop Mashtots, following the ‘one-letter-for-one-sound’ principle. The element is also distinguished by its wide range of ornamental scripts, generally classified by their shapes; knots, birds, animals, people, and mythical or imaginary creatures. Since their invention, Armenian letters have not only served their primary function to create written heritage, but also as numbers, cryptographs, riddles etc. Inscribed in 2019 in the UNESCO Intangible Heritage List. 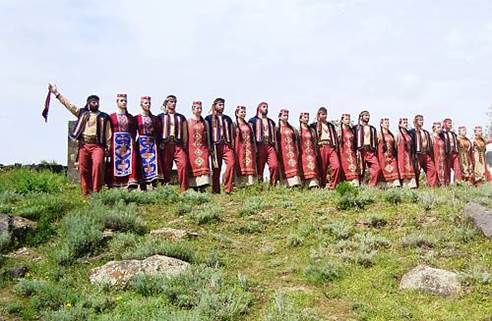 Kochari is a traditional dance that is widely performed throughout Armenia during holidays, festive celebrations, family ceremonies and other social events. Kochari provides a sense of shared identity and solidarity, contributes to the continuity of historical, cultural and ethnic memory, and fosters mutual respect among community members of all ages. Inscribed in 2017 (12.COM) in the Representative List of the Intangible Cultural Heritage of Humanity.

Lavash, the preparation, meaning and appearance of traditional bread as an expression of culture in Armenia 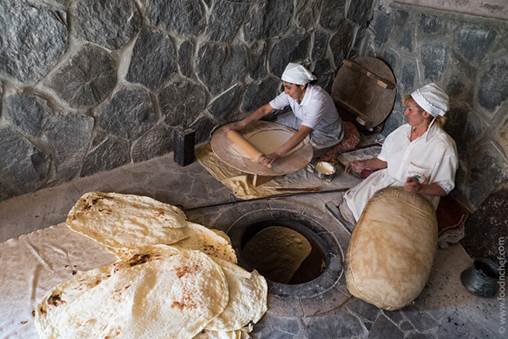 Lavash is a traditional thin bread that forms an integral part of Armenian cuisine. Its preparation is typically undertaken by a small group of women, and requires great effort, coordination, experience and special skills. Lavash is commonly served rolled around local cheeses, greens or meats, and can be preserved for up to six months. Inscribed in 2014 (9.COM) on the Representative List of the Intangible Cultural Heritage of Humanity