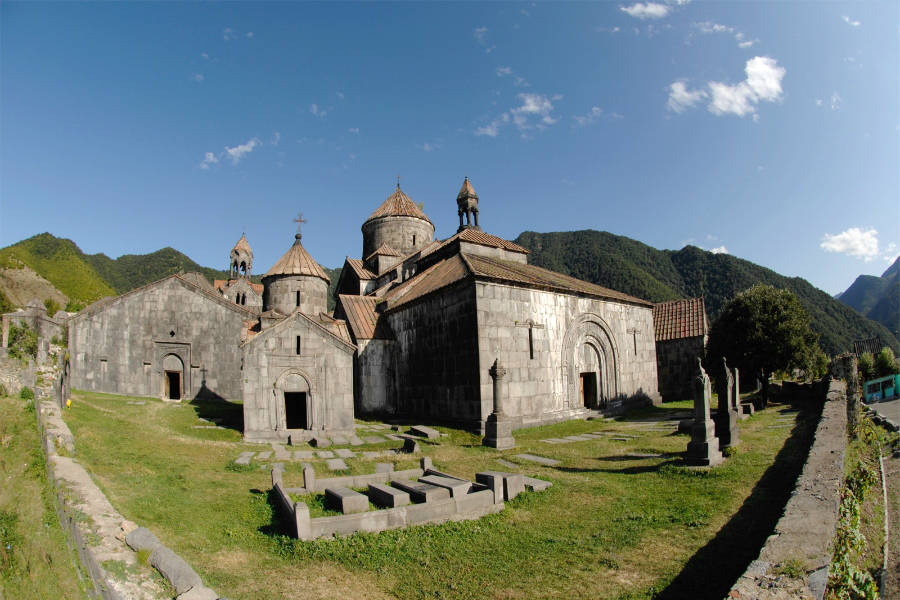 Haghpat monastery is situated in the north of Armenia, in Haghpat village of Lori district. The exact date of the foundation of Haghpat is unknown. Documentary evidence and monuments of material culture suggest that it dates back to the halves of  10th century.

The formation of Tashir-Dzoraget kingdom of the Kyurikids in 979 and the great attention paid to Haghpat by various rulers of Armenia favored the construction of many religious and civil structures there. Religious structures are either of  cross-winged dome type and have side-chapels in four corners, or of cupola hall type. The most important of  cupola-hall type buildings is St. Nshan church, founded by Khosrovanuish in 976 and completed in 991.  Vestibules and galleries, as well as special structures, served as sepulchers for members of aristocracy. There are several structures of this kind in Haghpat. They differed from each other in their architectural composition, which is the evidence of the great creative ingenuity of their architects. The bell-tower of Haghpat (1245) is one of the earliest examples of this type of structures. It is a tall three-floor tower. Its first store is cross-shaped in the plan, and the second one rectangular, with the angles cut off. This way of composition of a bell-tower found its reflection not only in the construction of bell-towers built later, but also in various other buildings, such as mausoleums and even churches. The book depository of Haghpat (11th century) is unique building illustrating the high level of development of civil architecture in 11th-13th centuries in Armenia. Such buildings were erected, as a rule, away from the main churches of the monastery. They were square-shaped in plan and had a niche for keeping manuscripts in.