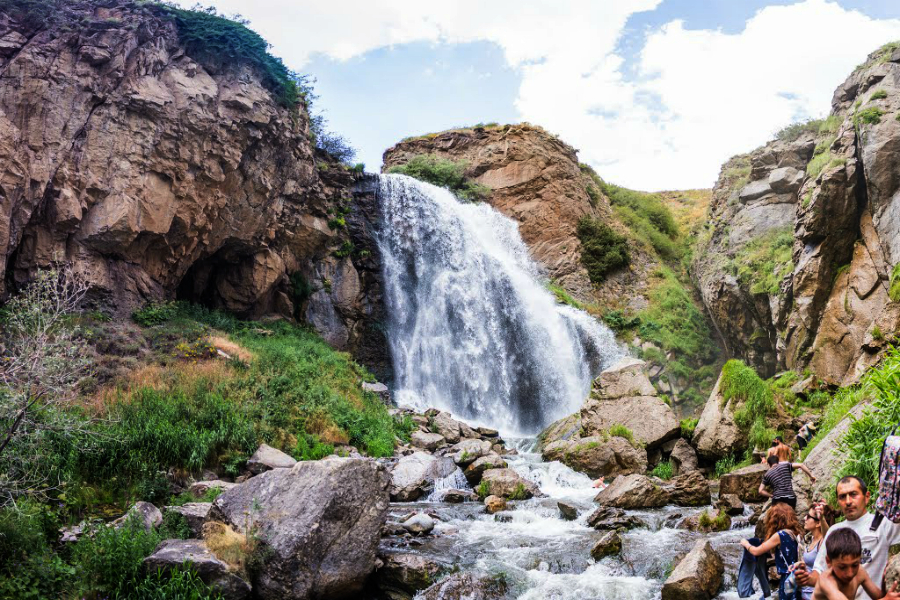 Trchkan Waterfall is nearly at the borderline of Shirak and Lori Regions, on Chichkhan River, which is the left feeder of Pambak River. Chichkhan River starts from the north-eastern slopes of Shirak Mountain Range, at the height of 225om. The length is 29 km, the catchment basin is 192 sq/km. It flows to the east through Bazum Mountain Range. It is fed by melted snow and groundwater. It flows at its strongest from March to June. In higher places the banks of the river are lower. In the middle part of the flow Trchkan Waterfall starts, which is also known as Chichkhan Waterfall or Trchkan Jur (Water). The locals also call it Chran (a word describing the sound of flowing water).
The waterfall is 10 kms far from Shirakamut village, Shirak Region. This village was the epicenter of the earthquake in 1988. Trchkan is the highest waterfall in Armenia, it flows down from 23,5 m height.
Since 2008 Trchkan was included in the list of natural monuments, since 2011 the territory of the waterfall was recognized as a protected area.
In 2011 the government wanted to build a hydropower station but the ecologists prevented it.