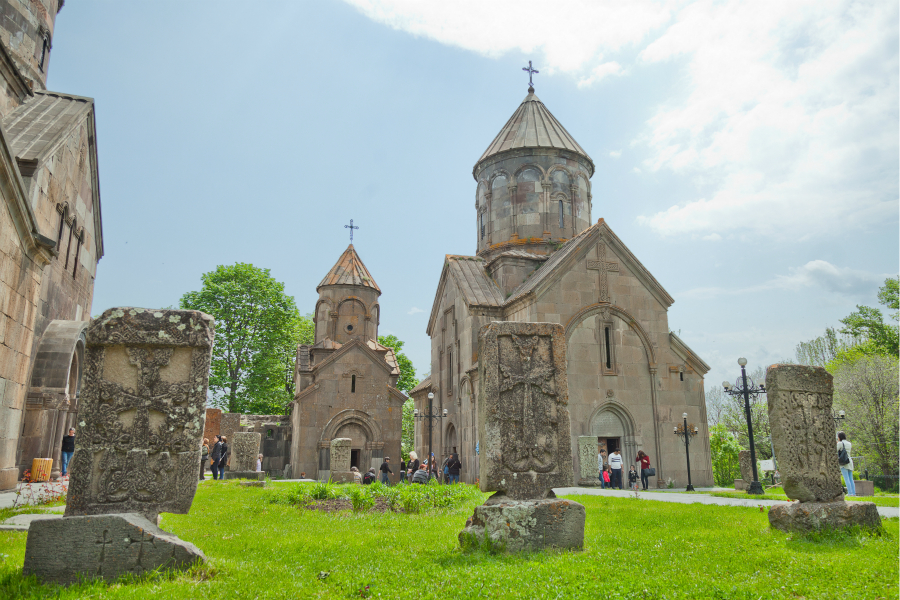 Kecharis is an 11-13th centuries’ monastery in the famous ski town Tsaghkadzor. Kecharis was founded by a Pahlavuni prince in the 11th century and its construction continued till the halves of  13th century. During 12-13th centuries Kecharis was a major religious center of Armenia and a place of high education. Today the monastery has been fully restored and is clearly visible from the ski slopes.

​The main church of St. Gregory dates back to 1003, with a gavit added in 12th century. The four-column gavit was the first of its kind and was quickly adopted in Armenian architecture. The small domed church St. Harutyun, built in 1220, lies nearby with its own original gavit. One of the architects of the complex, Vetsik, is memorialized by a beautiful khachkar on the eastern side of the complex.