Armenia is a country in the Transcaucasia region, between the Black Sea and Caspian Sea, bordered on the north and east by Georgia and Azerbaijan and on the south and west by Iran and Turkey.
The whole territory is 29.8 sq km.

The terrain is mostly mountainous and flat, with fast flowing rivers and few forests but with many trees. The climate is highland continental: hot summers and cold winters. The highest peak of the country is Mount Aragats, 4,095 m above sea-level. Lake Sevan is the largest water body of the country.

Set 1900m above sea level and covering 1240 sq km, the vast expanse of Sevana Lich (Lake Sevan) is the largest lake in Armenia and Caucasus and one of the largest freshwater high-altitude lakes in the world. 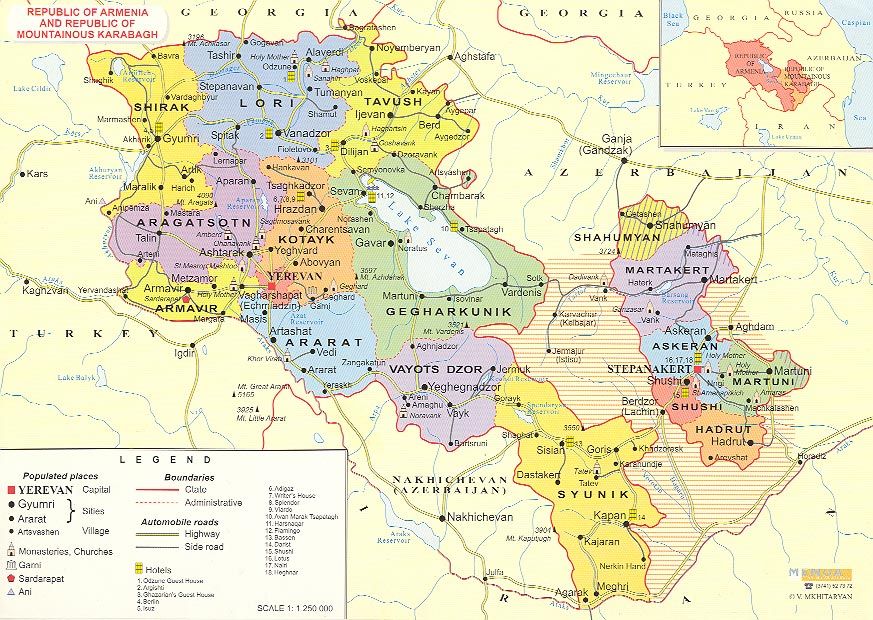 Currency: Dram is the only national and official currency of Armenia. 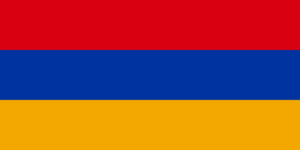