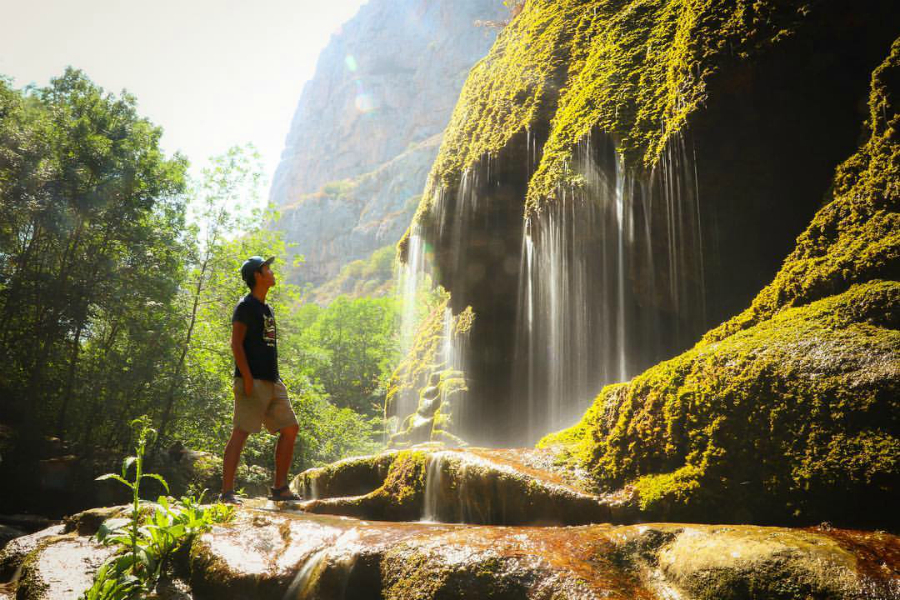 The Hunot Gorge is cut through by the River Karkar, along which Hunot village was founded in the 18th century. The village provided flour to the fortress city of Shushi for over a century until it was abandoned in 1930. But the ruins remain: twelve of Hunot flour mills are preserved along the river in the state protected canyon.

The walls of the gorge are more than 800 feet high and from the highest point, known as Jdrdyuz Plateau, visitors can enjoy the breathtaking view of the gorge before following one of several trails down into it. Stone Age caves and historic bridges (one of which, built in 1720 is still used) complete the beauty of the heavily forested canyon.

At the bottom of the gorge, overlooking a natural swimming pool, is the base of a waterfall known as Mamrot Kar, which means “Umbrella,” in reference to the shapes of the moss-covered rocks the water falls over.