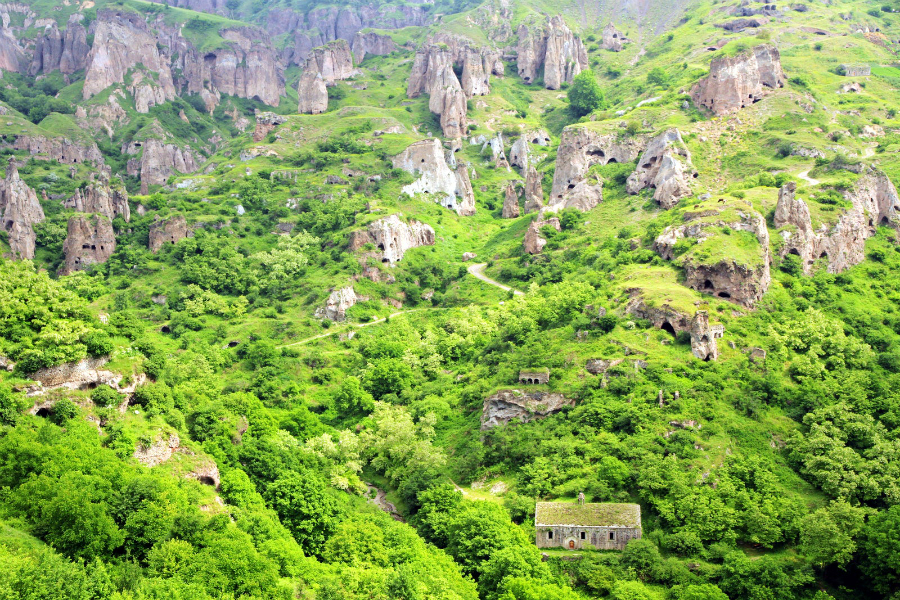 The historic cave village, located on the steep slope of a gorge, is comprised of both natural and man-made caves. Some estimates suggest that the population of the cave village has been about 15,000 people. Since many of the dwellings were carved out over and around each other a complex system of ropes and ladders were required for people to reach many corners of the community.

The village even had two churches and three schools. The cave dwellings were inhabited until as late as the 1950s, at which point it is said that Soviet officials deemed the caves unfit and uncivilized, forcing the remaining villagers to leave.

​Today, Old Khndzoresk is frequented mostly by local livestock which graze amongst the caves, some of which have been converted to stables or storage spaces. Visitors are welcome to explore the cave village.

There is a 160-meter long suspension bridge over the gorge leading to the caves. The new bridge connects Old Khndzoresk and New Khndzoresk villages.