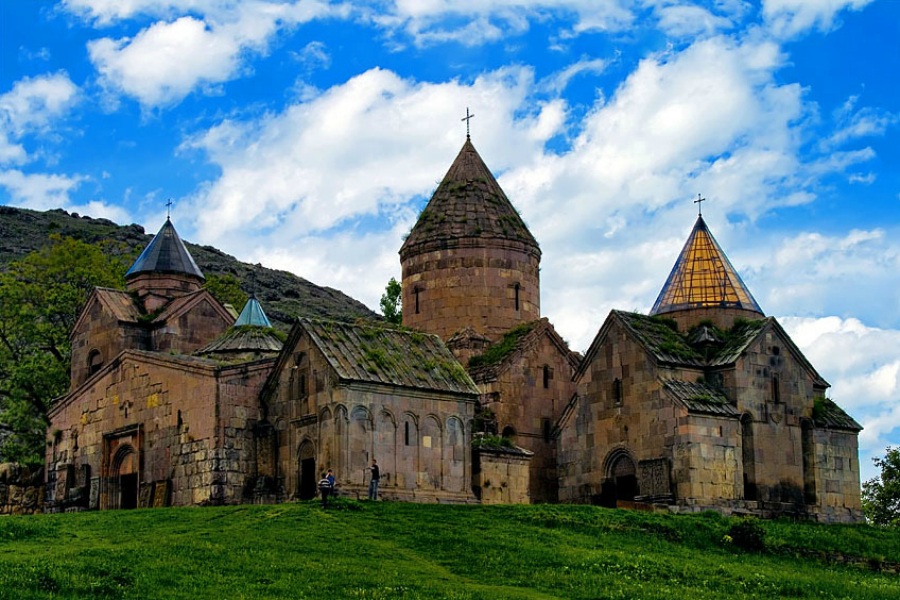 Nor Getik (New Getik) was founded in place of an older monastery, Getik, which had been destroyed by an earthquake in 1188. Mkhitar Gosh, a statesman, outstanding scientist and writer, an author of numerous fables and parables and the first criminal code, built the monastery which was later called Goshavank in his honour. In Nor Getik Mkhitar Gosh founded a school. Kirakos Gandzaketsi, an Armenian scientist and historian was one of its students. The church of St.Grigor Lusavorich in Nor Getik started in 1237 and finished by Prince Grigor-Tgha in 1241. Other buildings are the bell-tower, the library, which was one of the biggest libraries of that time. This monastic complex stands out with its khachkars; “cross stones”.  Among them there are unique and highly artistic ones. The khachkars created by the sculptor Pavgos stand out among the others. The best of them is the one carved in 1291 and carries the name of its creator in the bottom left star. This is a masterpiece of khachkar-carving art.