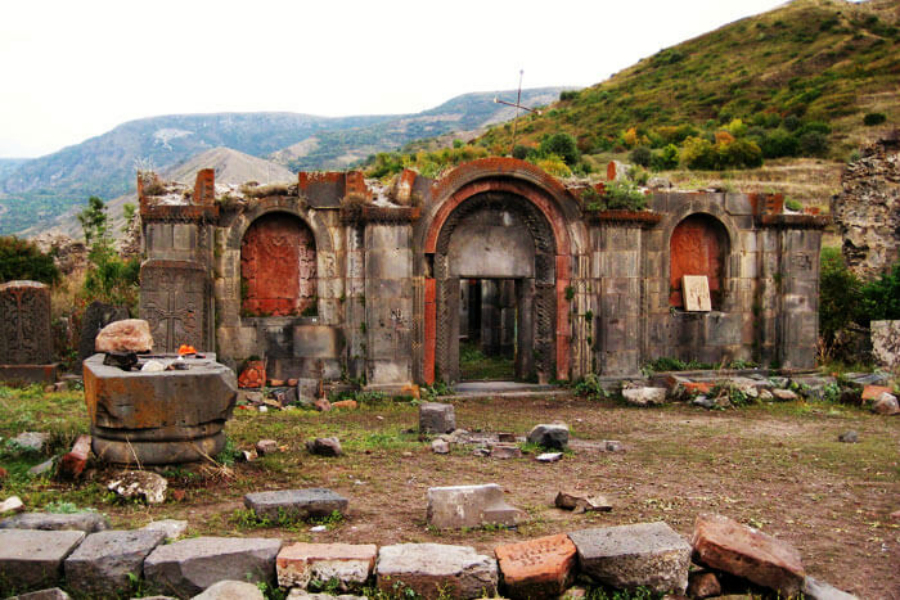 Havuts Tar monastery is located to the east of Garni temple, on the left shore of the Azat River. It was a remarkable midcentury religious and cultural center of Armenia. According to Mkhitar Airivanatsy, in the 10th century Gevorg Marzpetuni built the church St. Amenaprkich. according to the inscriptions it was rebuilt in 1013 by Grigor Magistros. The monastery was founded during the 12-14th centuries and ruined by the earthquake of 1679. In 18th century the monastery was reconstructed by Catholicos Astvatsatur. The complex consists of the main church (13th century) in the western side and two attached chapels (now half-ruined) in the eastern side.